The Tibetan Terrier Club of America would like to congratulate you on the new addition to your family and wish you many years of joy and Tibetan love.  The TTCA is a national organization dedicated to the preservation and protection of the Tibetan Terrier.  This information and article is from the organization directly, and re-posted here.  Please see the web site links at the end of the article for reference.

The Tibetan Terrier originally came from the Himalayan country of Tibet, an isolated region north of India. According to legend, the breed was raised primarily by the lamas in monasteries and was kept purebred for over 2, 00 years.

These shaggy dogs were known as “the Holy Dogs of Tibet.” They were treasured by the lamas, who kept them as companions, good luck charms, mascots and watchdogs. There is also evidence that TTs were used to herd as well as to retrieve articles that tumbled down the steep rocky mountains into crevices. The breed is very sure-footed, and they are powerful jumpers-they would be well-suited for such tasks. They were never sold but were given as gifts to promote good fortune as a mark of great respsect. The Tibetan Terier is NOT a true terrier. 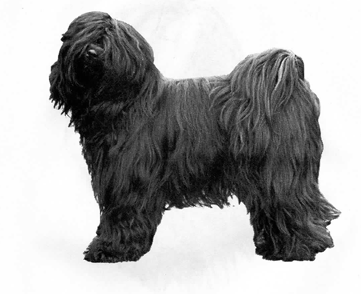